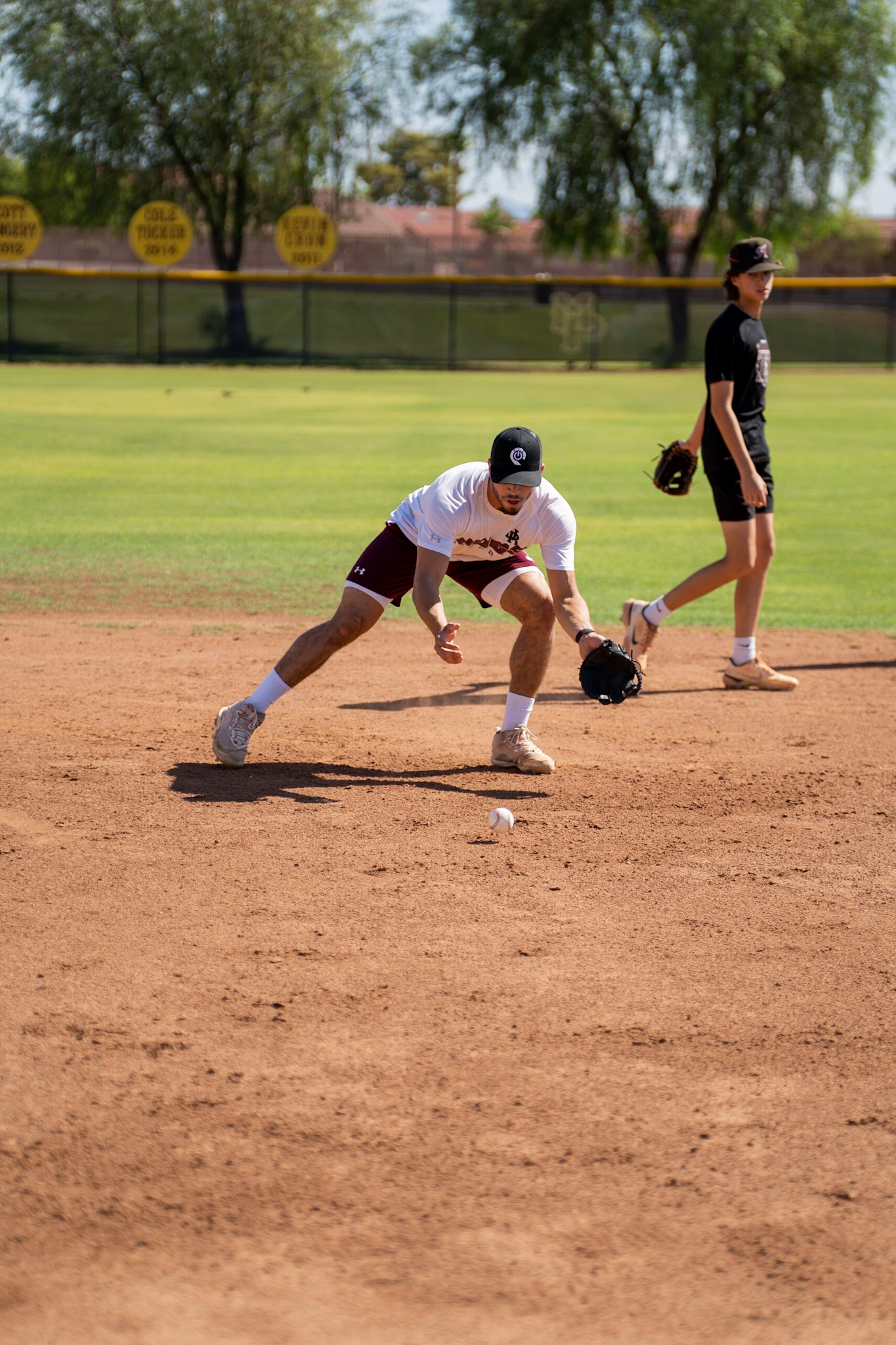 Running 60 yd sprints, jogging poles, and stretching more isn’t the answer to increased speed or explosiveness on the baseball field. First let’s look at the demands of the sport to set the parameters for our training.

A pitch is thrown roughly every 30-45 seconds. Which means every 30-45 seconds a baseball player is expected to have the ability to produce a very high amount of force in a very short amount of time. With the new time constraint in place by the pitching clock addition, (currently implemented in AAA) pitchers have 14 seconds to deliver a pitch with nobody on base and 19 seconds with runners on. Consider this for the populations you serve. If you work with athletes who will have to answer to this work-to-rest ratio in the game next season, I would advise to implement what you learn in this article.

From an energy expenditure standpoint, the longest sprint in baseball is 360ft which is equivalent to 120yds. However, this only happens when a player hits an inside the park homerun which takes roughly 16 seconds or so to complete. Since the year 2000 on average there are under 13 inside the park homeruns hit every year. They are so rare that it is the one play in baseball that happens the least amount of time. Thus making it almost irrelevant to spend a significant amount of training time on it.

Triples and doubles are far more frequent in the MLB than inside the park homeruns. A triple would require a 270ft (90yd) sprint with 2 left turns. A double would require a 180ft (60yd) sprint with 1 left turn. The left turns are hard to measure considering the skill of the athlete, their sprinting velocity and how good they are at timing up their feet to make contact with the bag in stride, either way they add a few steps to each distance as the athlete will not be running in a straight line. When they do run in a straight line, it’s either on a single or stealing a bag. Both require a 90ft (30yd) sprint. When stealing a base, the athlete can have a lead off that takes roughly 5-6ft away. When they approach the bag, at about 6-10ft away they begin to slide or dive into the bag to avoid a tag. So on average a stolen base would be roughly an 80ft sprint which is a little over 26yds.

A 60yd dash is measured in a straight line. At no point will a baseball player sprint 60yds in a perfectly straight line. At best, their only straight line is 25-30yds. We should not be training baseball players to improve their 60yd dash. Instead we should be training them to improve their 10yd and 30yd dash. As the sprints there reflect the demands of the sport, where the 60yd dash does not. We have been testing 10yd and 30yd sprints since 2017 and all of our athletes who show a decrease in those times improve their 60yd dash time when they were forced to do it at a showcase or tryout.

Ryan Kucherak, LSU Commit came into OPP sprinting a 6.79 60yd dash and a 10yd at 1.61. After training at OPP following this exact system, he improved his 60yd time to a 6.51 and his 10yd dropped down to a 1.49. At no point in time did we have Ryan dedicate training time to 60yd sprints. He sticked to mostly 10yd sprints (We do not run flying 10s as baseball requires significant reaction ability and starting strength) with the occasional 30yd sprints leading up to an event where he needed to run a 60yd dash.

Speed training for a baseball player is far from one dimensional. While on defense an infielder and outfielder both need to display their explosive strength and reactive ability laterally, horizontally and in all planes of motion.

Here is an excerpt from our Conjugate 4 Athletes baseball course

Sprinting volume should be waved in and out. Baseball players do not need to sprint year around in order to get faster. Sprinting frequency, volume and intensity ideally will peak prior to season mainly for tissue tolerance. But that doesn’t mean you can’t have it peak multiple times in the off-season. Just making sure it’s timed up with the athlete entering into season is important. Especially when you have the overzealous baseball coach who makes them condition every day after practice. It’s important to prep the tissues it takes to run at high speeds similar to the way one would prep the throwing arm for throwing at high intensity. Steady increases in frequency, volume and intensity.

On average our athletes jump from 20 – 40 jumps 2x per week. Beginners/Novice athletes hover around 20 jumps 2x per week while the advanced can handle 40 jumps 2x per week. The jumps themselves and intensities of the jumps vary. The most common load options would be dumbbells, kettlebells, or ankle weights. If you have access to a weighted vest that would work as well. Progressively overload the jumps as you would any other exercise. When sprinting volume is at its highest in the off-season, our baseball players are working with a full recovery 80% of the time and 20% of the time they are recovering in the 30-45 second time frame to stimulate the same energy systems and demands the athletes have in game. 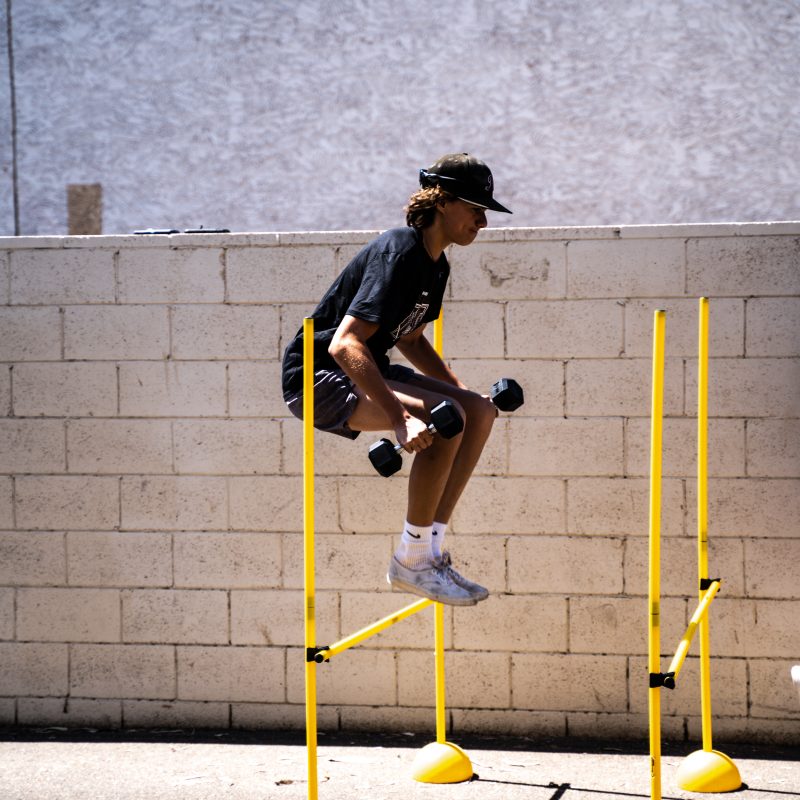 Dynamic effort (DE) training days are our “speed” days. On DE days we are targeting speed-strength and explosive strength by moving sub maximal weights at maximal speed. This method in combination with the Maximal Effort method in a weekly plan builds a fast rate of force development. We aim to move the bar at ~.8m/s each week as the bar weight increases 5% and the band tension stays the same for the duration of 3 weeks. Dynamic Effort with lower intensity would follow a 70-75-80% 3 week wave with ~25% of that load being band tension. A higher intensity wave would consist of a 75-80-85% 3 week wave with 25% of that being band tension as well. As an athlete becomes stronger his DE weights and volume will adjust accordingly to his 1RM. As the athlete progresses through training, it is inevitable for heavier loads to move faster.

For those who don’t know why Dynamic Effort training is important, please refer to Hill’s equation of muscle contraction. Here is an excerpt from our Conjugate 4 Athletes Course

The athlete’s fitness (GPP) will determine how the sets/reps and rest are designed. The athlete’s fitness also determines the band tension. Weaker athletes will not be able to handle excessive amounts of band tension. For our baseball players we always hover around 30 – 45 second rest unless the athlete is doing 5×5 on squats, or 5×6 on bench then we have them increase the rest time to 1 min in order to keep the bar velocity high. These days prepare an athlete for the demands of their sport. Doing an explosive all out movement every 30 – 45 seconds. We follow the 80/20 rule with barbell work and accessories. 80% of our training is weight lifting accessories/jumping/sprinting/throwing (med balls) while 20% of our main work is on the barbell. Sometimes we get rid of the barbell completely and wave through higher volumes, frequencies, intensities of jumping (with or without weight) and sprinting.

For more information on how to train baseball players, be sure to subscribe to our newsletter below! 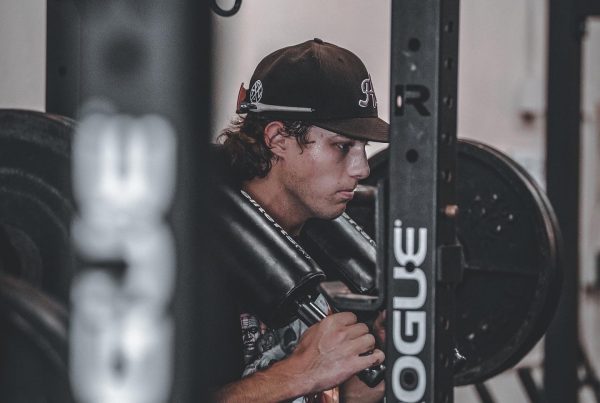 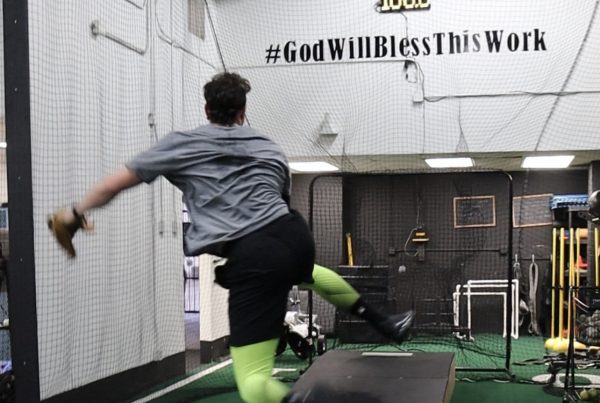 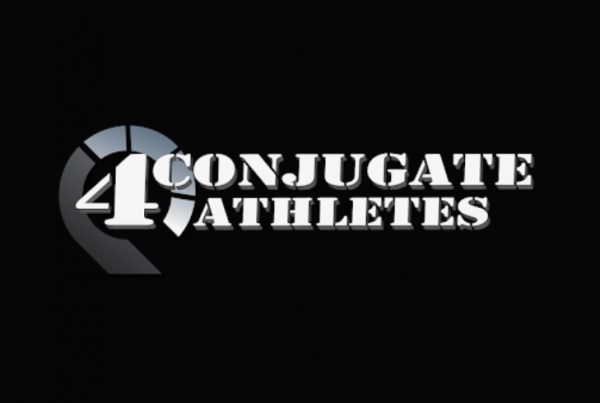