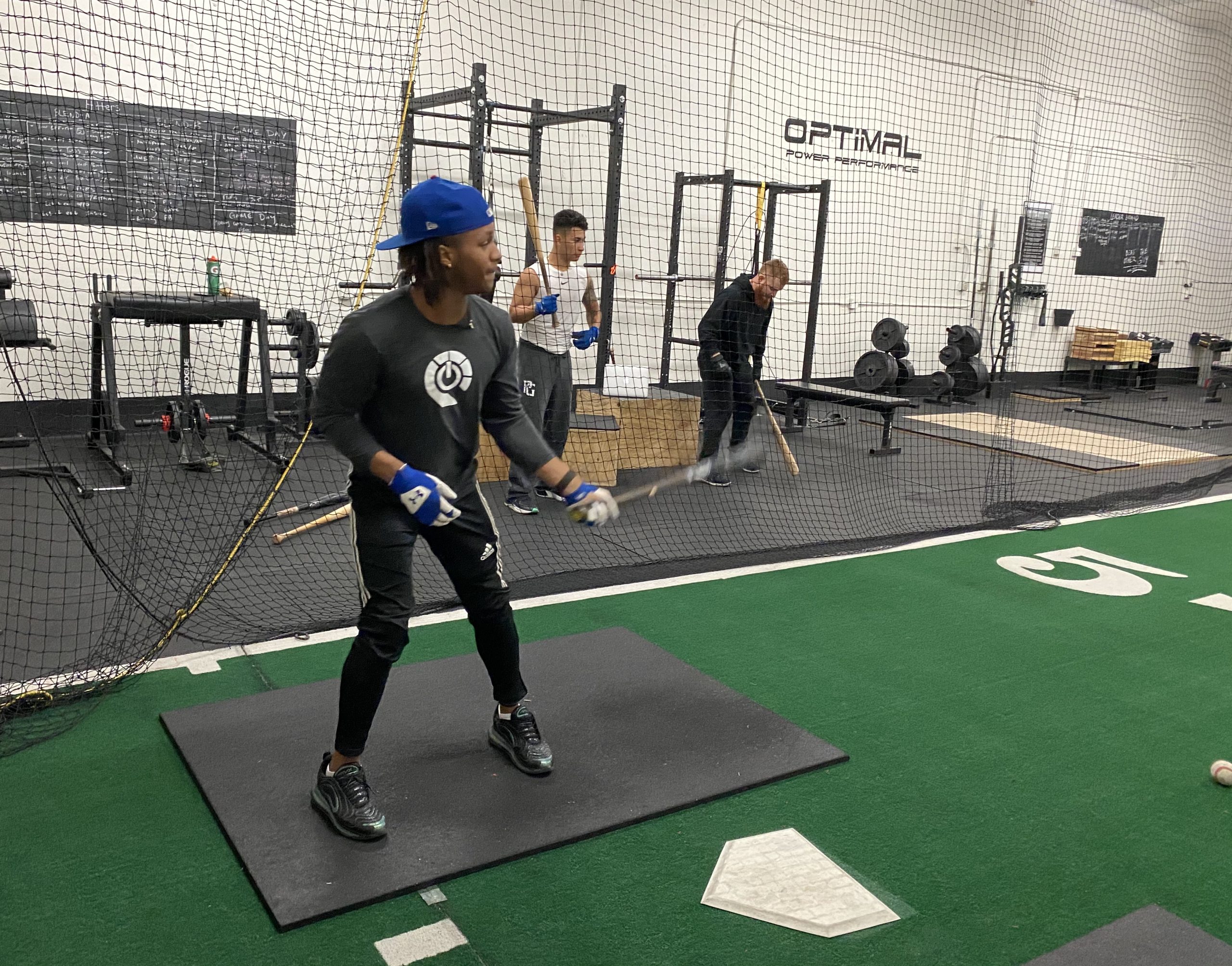 MLB Player wins the game with a walk-off HR. Following the celebration, they are interviewed on the field and typically asked, “What was going through your mind during that at-bat?” or “What were you looking for that at-bat?” These questions usually get a similar answer from the player, “I was just looking for a good pitch to hit.” Sometimes, the MLBer gets into a little more detail and even talks about the location and/or specific pitch he was looking for that at-bat.

Usually whenever I watched these interviews, I just chalked it up as the hitter is just really good and he had a better idea on what was coming from his experience and all the videos, statistics, and scouting reports that they have access to at the MLB level.

Then it happened to me. I was playing summer ball in Colorado after finishing my subpar JR year of college baseball. I was having a really good summer to say the least. One of the days in particular was my best day EVER on a baseball field. I went 4-4 with 3 homeruns and a double off the wall. But what fascinated me, outside of actually being good ALL game for a change. Was the fact that I felt like I knew what was coming. Back when I played, I kept a notebook where I wrote down entirely too much information, before, during, and after my games. I heard of pro guys doing this, so I thought why not give it a try. On this day, I wrote down the pitch, the pitch location and how I knew what was coming.

“They brought in a sidearm guy for my at bat. Couldn’t throw a strike in warm-up, his fastball tailed to his throwing side. (righty) First 2 pitches almost hit me. For the 3rd pitch, I took a step back. I was on the chalk line. I knew another FB was coming in that same spot. Homerun. Again.”

But how did I really know?

I didn’t guess the pitch or location. I anticipated it. Based off the pitcher’s movements, tendencies and previous pitches. Each home run I hit that day was hit harder than the one before it. My last home run was the hardest hit ball I have ever hit in my life.

Did I guess he was going to throw another fastball in that location? No, I wrote down that “I knew it.” I remember stepping out and visualizing him throwing a fastball right down the middle of my new strike zone I just created by taking a massive step back onto the chalk line.

Most sports psychologists would call this Flow State. Which is defined as a mental state in which a person performing an activity is fully immersed in a feeling of energized focus, full involvement, and enjoyment in the process of the activity.

So when instructing hitters, I never use the term guess hitter. This implies that the hitter does not have sufficient enough information to be confident in their plan of attack. Instead, I put my focus on increasing their anticipation ability. Often times players just assume they are either good at guessing or they are not. I believe this to be a poor outlook on the individuals hitting ability.

Anticipation is actually a skill and it can be enhanced. One’s ability to make contact with a moving object depends heavily on how accurately they anticipate the likely trajectory of the moving object. This is a cognitive action, not just a rapid reaction.

When a hitter attempts to hit a 95 mph fastball, there are several tasks the brain and body both must accomplish prior to actual contact being made. Among these tasks, there is a sensing time (anticipation) and a decision time, followed by the act of being able to launch the bat into the strike zone to hit the ball.

Right  now a personal favorite is when we have the pitcher and hitter at normal distances (60ft 6inches) and a screen between the two with a strike zone displayed on the net with bright yellow rope.

First drill, we set the screen 25 ft away from the hitter. Ideally, against high level throwers (95mph), we want our hitters to decide to swing before the ball gets to this net. As the ball leaves the pitchers hand, the ball will work slightly downhill. We move the screen slightly to the throwing side of the pitcher and move the strike zone up on the net to accomplish more accurate trajectory readings for the hitter. We place 4 quadrants in the strike zone, (up and in, up and away, low and in, low and away) the hitters objective is to choose a quadrant of the strike zone they WANT (anticipate) the ball to be in before it is pitched. Then they simply verbalize YES or NO depending on pitch location. 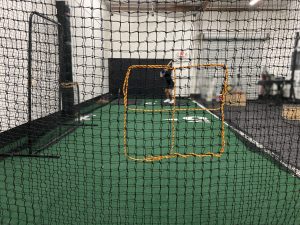 They must make this decision and verbalize yes or no before the ball touches the net. Verbalizing yes means the ball is going to be in the quadrant of the strike zone they VISUALIZED and WANTED the ball to be in. Verbalizing no means, the ball will not be in that quadrant of the strike zone they chose prior to the pitch being thrown. The key to this drill is visualizing on the yes calls that they are actually hitting the ball. On the no calls, they are taking the pitch.

After this, we progress by moving the screen closer to the hitter. Now only 15ft away from the hitter. If the hitter has not made their decision to swing by the time the ball hits this net, they will most likely not be able to make solid contact with this ball when it comes into the contact zone.

We are operating under the pretense that the hitter needs to have his choice made up in the 30-25ft range to successfully hit a 95mph+ fastball. So when we move the screen up to 15ft, the hitter should try to get the call off at the same time as when it was 25ft away. If they can’t, then even low-level pitching (sub 90mph) will be difficult to respond to on time. We do this with our high school, college, and professional level hitters only at the moment.

Why even practice with it at 15ft then?

Main reason was to let the hitters visually see their own strengths and weaknesses. Struggling at the 25ft range with specific pitches, pitchers (R/L) and pitch speeds is common. Struggling at the 15ft range is another story. Theres a disconnect there that the hitter needs to be aware of. This lets them see where they are at with out a coach really needing to tell them. Everyone is standing around you, it’s easy to see if you get the call off on time or not. So when you struggle at 15ft everyone notices.

Originally when the hitter chose a quadrant (regardless of distance) and the ball landed just outside that quadrant by 1-2 inches. They were usually committed to hitting it. Shouting out a YES call and visualizing them hitting the ball. However, they would then be discouraged when they realized it wasn’t in the quadrant they chose as the ball hit the net.

I made it clear to them that this was actually a GOOD THING. Here’s why; when a hitter anticipates a quadrant of the strike zone, their odds of striking the ball in that quadrant with solid contact go up drastically. So if they anticipate that the ball will be low and away, but the ball is actually low and towards the middle of the zone and they still chose yes, assuming they are on time; their odds of striking that pitch are much higher than if they didn’t anticipate anything at all. Over time, hitters grow confident in their ability to anticipate. They are willing to take more risks at the plate. After this drill we progress to flips, batting practice, and/or machine work depending on the stimulus for that day. The entire day is dedicated to anticipating specific pitches in specific zones at specific times. This day if done correctly, will be mentally taxing. Which is why we only do this 1 day per week.

It is important to note that for drills like this to actually transfer to game day, the hitter must VISUALIZE and WANT the ball to be in the chosen quadrant. If they verbalize yes, they must imagine hitting it. If the athlete is not informed of this, they will most likely not make the connection and will just be saying yes or no at the last second. We want to enhance anticipation, not guess.  It is also important that the pitcher is throwing from the mound. Yes, you can use machines for this too but ideally a real arm is always better than a machine. The hitter must feel as if they are in the same environment as the game. This type of learning environment is referred to as state-dependent learning, which is a reflexive learning process that is carried out when the athlete is in a particular physiological or psychological state, then the conditioned (practiced) reflexes are exhibited only when the same state is present but not when it is different. This implies that what an athlete has been learning in a specific training situation may not be reproduced under competitive circumstances which differ from those of the learning situation.

Obviously the athlete must possess a highly efficient technical skill to play at the highest level of baseball. Swinging a bat to match the trajectory and speed of a baseball requires precision movement. Barreling up a baseball becomes less about strength and more about neuromuscular ability as the athlete’s technical proficiency increases. We objectively measure our athletes launch quickness which measures the time between the initial decision to swing and the actual launch of the bat toward the ball. This lets us know if our technique is enhancing as well. This measurement is crucial to track our progress, and we use 4dmotion technology to do so. Strength, bat speed, neuromuscular capability, kinematic sequence, and individual technique cannot be trained in isolation for long before the hitter will need to enhance multiple traits at once. 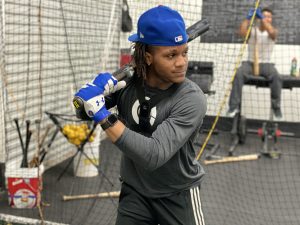 Our hitters’ programs are designed to specifically enhance a singular trait each day, so they blend together seamlessly over a period of time. Every 3 weeks, we change the stimulus of our hitters programs avoiding the law of accommodation, which is “the decrease in response of the body to a constant continued stimulus.” In other words, hammering out the same drills in the same order with the same volume for longer than 3 weeks will eventually result in stagnating or decreasing performance. We alter the stimulus by changing the volume, drill selection, and implements used such as weighted bats, small bats, pvc pipes, half bats, etc.

What if the athlete simply doesn’t see very well?

Yes, vision training can enhance the athlete’s ability to see and respond, so by all means, get those eyes right! Vision training in itself however is not as cognitive as anticipation. When the athlete bypasses the sensing time and simply responds to a random stimulus, i.e. touching random flashing lights on a screen; not only is this not relevant to the sport at all, but it is more of a rapid reaction rather than a cognitive process. Although this type of training is not bad, quicker reflexes and rapid reactions are important aspects of all sports. Most sports rely on decision making processes that require a level of anticipation with both a sensing/anticipation time and decision time.