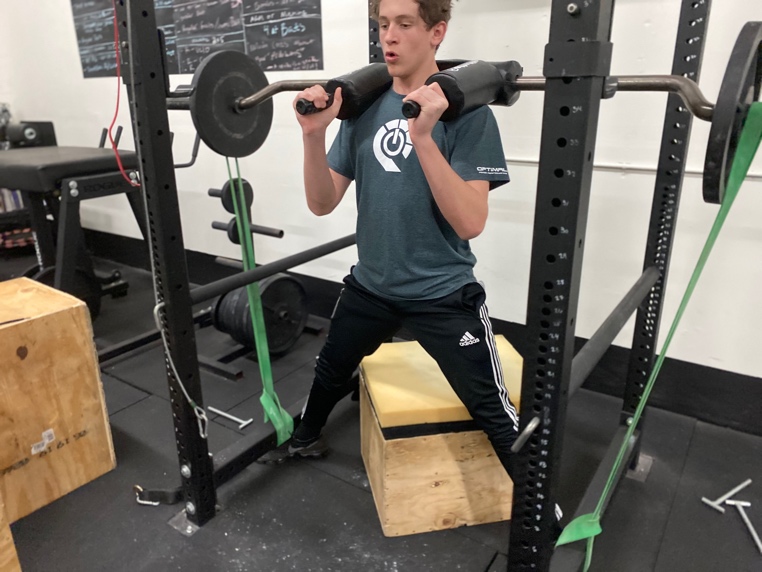 Efficiency is the Goal

Many argue that the largest most powerful human beings are the best athletes because of their size and strength. However, we often see this to not hold true in sports that require extreme high amounts of technique and movement efficiency. Sports such as baseball, golf, tennis, and track and field events such as high jump, long jump, triple jump, etc. all require large amounts of force in small timing windows combined with efficient biomechanics. In other words, it is not the biggest or strongest athletes that are the best at these sports. It is however, the most efficient athlete.

A technical definition of the word Efficiency that I really like is, “the ratio of the useful work performed by a machine (or human) or in a process to the total energy expended”. In athletics, useful work is relative to the individual and sport they participate in. Training in a way that produces the highest amount of power in relationship to their body mass would only help increase attributes on the field, not diminish them. What could negatively affect performance is a heavier body weight. With a constant fight against gravity, adding unnecessary body weight doesn’t make sense. The heavier an athlete is the more gravitational pull they must overcome. It must be moveable mass that is added, lean body mass that can produce high amounts of force in a limited amount of time. (F=MA)

Barry Rose notes in Underground Secrets to Faster Running, a study in running biomechanics that shows 90% of running force is used vertically and only 10% horizontally. This means an athlete’s biggest fight for efficiency moving through space is against gravity.

Power is the amount of work you do divided by the amount of time it took to do the work. Also known as P = w/t. Thus, the more powerful the athlete is the easier it is to produce high amounts of force in a short time frame. 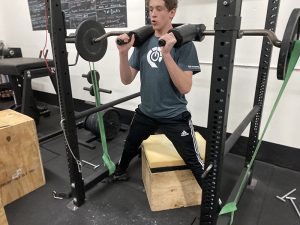 Often coaches will periodize their athletes training which is known as block periodization. Eventually they get to the stage of training power in isolation. At this point in time the athlete is asked to work with “lighter” weights and move them as fast as possible. It’s unfortunate, but most coaches do a ton of guess work here. They assume because a lighter weight moves faster that it will enhance power by itself. So, the athlete is constantly asked to enhance velocity without enhancing force. Most collegiate coaches whom I have interacted with are usually afraid to enhance maximal strength because of HOW they try to enhance it. Constant hypertrophy, time under tension, and working under the 90% range isn’t going to enhance strength beyond a certain point when working with advanced or elite level athletes. It will however enhance size and DOMS (delayed onset muscle soreness) which is not the goal.

As mentioned, it is not the biggest or most powerful athletes but the most efficient athlete whom is best at their sport. So if maximal effort or heavier weights above 90% are not touched, then the athlete will not be tapping into both ends of the force velocity curve. Zatsiorsky states that the biological law of accommodation manifests in the way that “the response of a biological object to a given constant stimulus decreases over time. Thus, accommodation is the decrease in response of your body to a constant continued stimulus.”

In other words, training one motor ability (or speed realm) with an advanced or elite athlete who needs to tap into both sides of the Force Velocity Curve is not the answer. Strength is extremely specific, and we must train it as such. Mell Siff notes in Supertraining that there are many forms of strength that must be trained. When speaking about power we must know that, “The acceleration-strength of a muscle has been defined as the ability which produces acceleration of a moving object. The quality known as explosive strength is distinguished from other speed-strength types of action as that which produces the greatest possible muscular tension in the shortest time over a given path. It also describes the ability to rapidly build the working force up to a maximum. Starting-strength is the ability to quickly develop the greatest possible force at the initial moment of tension, while acceleration-strength is the ability to build up working force as rapidly as possible once the contraction has begun.”

The most distinguishing factors about these separate motor abilities noted in Supertraining:

Thus, lifting weight fast and focusing on RFD (rate of force development) and “velocity profiling” may sound cool on Instagram or twitter, but it is much more complex than moving lighter weight fast. We must focus on special strength abilities and their specific role in sport.

This is why OPP utilizes the Conjugate system. Working with predominantly well-trained and older athletes means we can’t get away with novice-intermediate training methods. I am constantly trying to enhance how I implement this system with my athletes. Brief description below.

Max Effort (ME) – Athletes need to train above 90% frequently to increase strength. We teach the athlete to strain here. The velocity in this range is low but the intent to move this weight as fast as possible is very high.

Repeated Effort – This is where the accessories come into play. We focus on bringing up weak areas of the body and building tissues.

Dynamic Effort (DE) – either upper or lower is later in the week. This is where our speed work takes place. Here we focus on raising explosive strength and RFD, this is 72 hours after max effort work to ensure recovery. Depending on where the athlete is at in their training, they will be between 30 – 75%. The higher the velocity the lower the force. We raise the force because of the high acceleration we place on the bar.

Elite athletes require a system that trains both ends of the Force Velocity Curve systematically. Is a Conjugate template the ‘end all be all’ to sports performance? Of course not, there are limitations to the Conjugate system. Those limitations are strictly placed on the coach, not the science or system itself. Simply put, athletes being extremely strong has NEVER been a detriment to athletic performance. Athletes should not be convinced that their threshold for strength has been hit. There is no ceiling for athletic development because nobody has mastered the intricacies of biomechanics and neuromuscular physiology.

It should also be noted that many other factors play a role in power relative to the task at hand. For example, in baseball, every pitch from the pitcher is (or should be) thrown at max-effort. However, every swing from the hitter will require a level of reactive ability, a quality which relies on both preliminary stretch and rapidity of reaction. In other words, it depends on A LOT. The research is extensive, something as trivial as breathing rhythm could affect the rate of movement for launch quickness (time of decision to swing to actual launch of swing). At OPP we are currently testing this complex ability with our hitters and will have more research on that in future posts.

I hope this article helps you in your pursuit of optimal performance training for each individual and their sport. 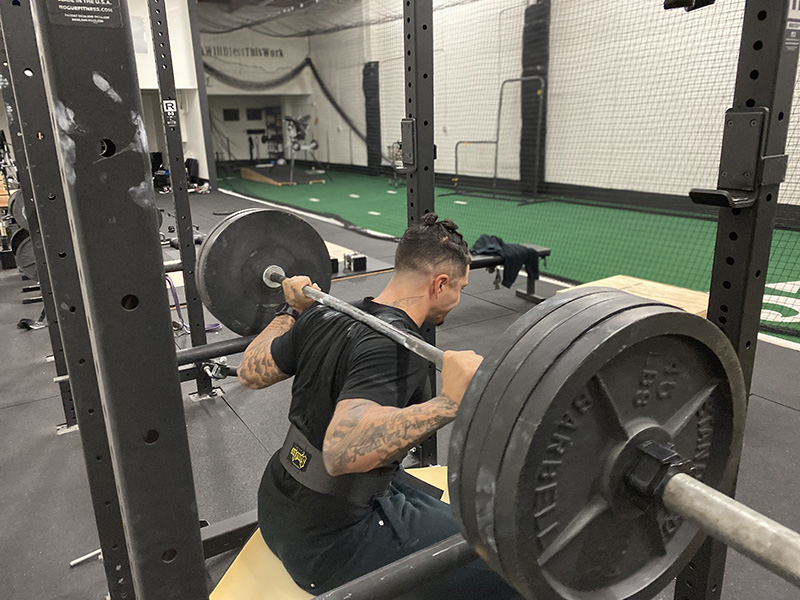 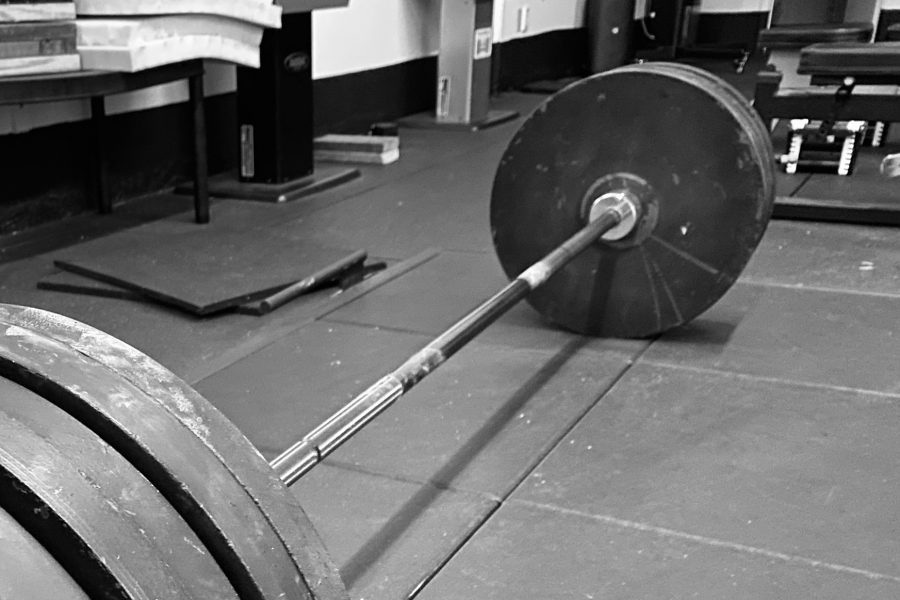